Get To Know About Louvre Abu Dhabi, The Most Magnificent Of The Architecture And Cultural Blend

Louvre Abu Dhabi, The Most Magnificent Of The Architecture And Cultural Blend

It might be a unique movement of two countries with such contrast culture with one another. Back to 9 October 2007, French parliament was approved the establishment of The Louvre Abu Dhabi. Based on the idea between France and the United Arab Emirates to develop a new kind of cultural institution that will unite both of the countries with all the diversity. This Louvre museum is a representation of the dynamic nature of Arab World and bold vision of cultural progression and openness of France in the context of art and museums.

Jacques Chirac, President of France from 1995 to 2007, once stated that By choosing the Louvre, the emirate of Abu Dhabi not only sealed a partnership with the world’s most visited and well-known museum, but selected one which, from its very inception, had a vocation to reach out to the world, to the essence of mankind, through the contemplation of works of art. It is part of a thirty-year agreement between the city of Abu Dhabi and the French government. The museum is located on the Saadiyat Island Cultural District.

We can call it one of the light instance of cultural assimilation between Eastern and Western art. The Assimilation that brought up is particular focus placed upon bridging the gap between two different part of countries. Questions have been raised as to the nature of the artworks to be displayed at the museum. However, according to the National: "the type and nature of the exhibits planned for the Louvre Abu Dhabi have been affected to no extent by the fact the new museum would be in a Muslim country. It has been noted that the museum will showcase work from multiple French museums, including the Louvre, the Centre Georges Pompidou, the Musée d'Orsay and Palace of Versailles. However, Donnedieu de Vabres, the French Culture Minister, stated at the announcement that the Paris Louvre "would not sell any of its 35,000-piece collection currently on display.

Louvre Abu Dhabi campaign the ‘Universal’ tagline for the philosophy concept of their work. Universal means focusing on what unites us: the stories of human creativity that transcend individual cultures or civilizations, times or places. This ethos guides the museum in everything it does: from its foundation as collaboration between two cultures to the dazzling architecture that combines French design with Arabic heritage.

If you’re a building design or a huge architecture fan, you must entirely admire the construction of the building of The Louvre Abu Dhabi. Design by Jean Nouvel. The museum is designed as a ‘seemingly floating dome structure’, its web-patterned dome allowing the sun to filter through. The overall effect is meant to represent rays of sunlight passing through date palm fronds in an oasis. Gregor Wenter, an entrepreneur, said that if you make a good dish it’s not enough to give them that dish and say, ‘Enjoy’. You must make a story about it so they eat it with the story. It’s pretty much the same with architecture. In the context of Louvre Abu Dhabi building that have a story of light. As the sun passes above, its light filters through the perforations in the dome to create an inspiring effect withing the museum, known as the ‘rain of light’. Like the early state about a representation of date palm trees and it’s surrounding. Their leaves catch the bright sunlight from above to dapple and soften its projection onto the ground 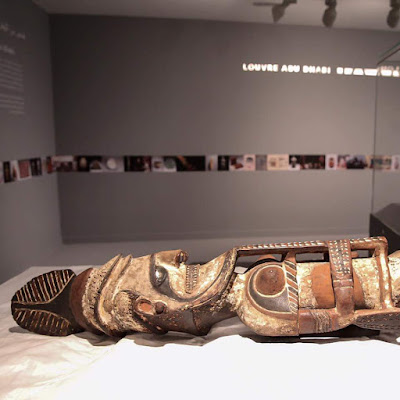 The total weight of the dome is 7.500 tonnes which are the same as the Eifell Tower despite it’s seemingly floating visual. It is made up of eight different layers clad in stainless steel and aluminium. The dome’s design forms a tapestry of 7.850 stars with a largest star is thirteen metres in diameter and weighs 1,3 tonnes. The diameter of the dome’s base is 180 metres. Louvre Abu Dhabi is 40 metres above sea level; the dome is 36 metres above ground.

Targeting silver LEED status, beyond being beautiful, the dome of Louvre Abu Dhabi also serves a number of environtmental purposes. The Lovre Abu Dhabi has achieved a 3 Pearl Estidama Design Rating. The museum creates a comfortable microclimate with culturally inspired passive-design techniques including a concept based on traditional regional architecture, passive water and energy conservation techniques and highly efficient HVAC. A sustainable and great concept of architecture is a must approach aspects of great national building nowadays.

Now let’s talk about the art and all the galleries you can visit with your family for a good day planned vacation. Louvre Abu Dhabi’s museum galleries tell the story of humanity in twelve inspiring chapters. Each chapter focuses on shared themes and ideas. They host four temporary exhibitions per year. As part of unique collaboration between Abu Dhabi and France, the museum will be organised and created by thirteen French museum partners, exclusively for you. 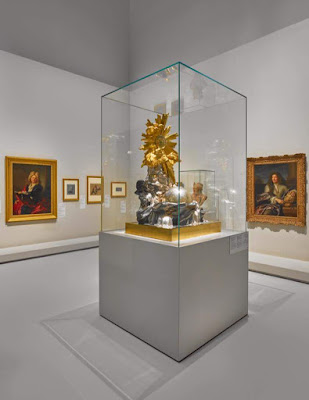 The Louvre Abu Dhabi first started sharing its collection with the public through an exhibition entitled "Talking Art: Louvre Abu Dhabi," which opened in May 2009. The exhibition presented the first 19 acquisitions for the institution, including a Mamluk holy Koran from the 14th century, a 5th-century Fibula from Domagnano, a Virgin and Child by Bellini, and Mondrian’s Composition with blue, red, yellow and black from 1922. A second exhibition, Birth of a Museum, opened at the exhibition space Manarat Al Saadiyat in May 2013, ending in August that year. The first large-scale preview of the collection, it featured 130 works acquired by the government of Abu Dhabi for the permanent collection. They included a never-before seen work by Picasso, a Bronze Age terracotta statue from Cyprus, along with artifacts from Greece, Turkey, Japan and Syria.

Bring your kids to Children’s Museum! The children museum part of The Louvre Abu Dhabi has been conceived for children aged between six and twelve years old. It is ideal for both school groups or family visits.

Make Your Reservation for Exhibition Tour

Don’t forget to make a reservation first if you plan to have a tour to make a most of your visit to the museum. Also enjoys some of the art and culture workshops.